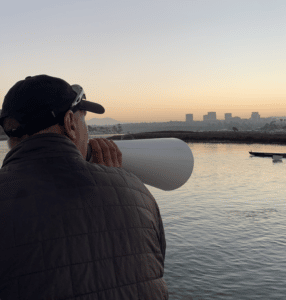 Mike Homes moved to UC Irvine after four years at the University of San Diego. While at USD, Mike worked primarily with the walk-on athletes and saw the Toreros’ novice women’s 8 win the Western Intercollegiate Rowing Association championship in 2022.

Prior to USD, Mike was the head coach at the University of California, Santa Barbara from 2002-2018. During this time, UCSB became a strong competitor at the American Collegiate Rowing Association (ACRA) national championships, winning 3 women’s varsity eight titles as well as five JV8 and 2 novice eight gold medals. Santa Barbara also won the ACRA women’s team title four years in a row from 2015-2018 and produced 39 ACRA All-Americans. Off the water, the team’s endowment grew from just over $20,000 to over $500,000, many athletes participated in community service projects with area K-12 students, and the team consistently maintained a GPA above 3.0.

Mike has also coached at Lafayette College, Minneapolis Rowing Club, and Purdue University. He holds a Level III coaching certification with USRowing and has served on the board of directors for Casitas Rowing Association, as a WIRA Regatta Steward, and on the Dad Vail Regatta seeding committee.

Mike holds a BS and MS in agricultural engineering from Purdue University and rowed on the Boilermaker’s team from 1992-1996. 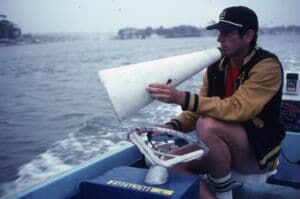 Mike Sullivan learned to row at UCI in 1971 on what might have been the worst collegiate crew in the country never beating another crew that year.   Bolstered by subsequent recruiting classes,  Mike co-captained that same group of athletes to a close second to top ranked Washington and a top four ranking in the country.   Mike and pair partner  Bruce Ibbetson finished second in the world trials that summer.

Mike then moved to Stanford for a 30 year career in Information Technology writing business applications and early web applications for the University and SLAC.   During that time Mike remained invested in the sport of rowing, founding a community program in Lakeport, Ca where he raised his family,  and coaching promising elite scullers out of Redwood City at local clubs and Stanford.  Mike also did short volunteer stints for the varsity and novice women’s and men’s teams over a 20 year period.

After retiring,  Mike coached Novice Men at UC Davis where the team enjoyed a blossoming of large turnouts for the crew,  and a 5th place finish for the novices at the ACRA club national championships.

Mike started at UCI again in 2020-21,  bringing a fleet of rescued singles for the women’s and men’s team to row through the difficult Covid year.   The scullers were very successful in local scrimmages winning both men’s and women’s races in Southern Cal and Las Vegas.

Coach Sullivan brings two unique perspectives to the sport.  He trained at an elite level in singles and pairs post collegiately but just prior to 76 Olympic trials suffered from atrial fibrillation which ended his racing career.  As disappointing as it was,  Mike recognized the great intrinsic value of the effort to be the very best.   Like few others,  he knows what it takes to be on a very slow team and the work, focus, and trust it takes to be competitive with the very fastest crews. 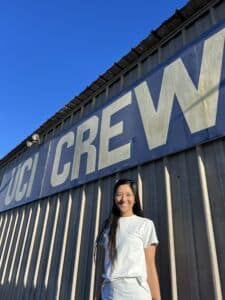 Janet returns to the storied UCI boathouse to join the Women’s team after a brief hiatus.

From 2014 to 2018, she coached the Men’s side as an Assistant Coach and directly contributed to Irvine Rowing’s high rate of retention, as well as the most entries, most Grand Final contestants and most medals awarded to-date at Regionals and Nationals in its 50+ year history.

Her love for coaching lies in teaching novices about this unique sport and the personal development that extends beyond the boathouse. That passion was nurtured as a walk-on coxswain at University of the Pacific. From that point on, the path to coaching was paved through her heavy involvement with the collegiate team (Pacific Rowing), and Junior’s and Master’s programs (Deep Water Rowing Association).

Glad to be back and see some familiar faces along with many new ones, and extremely excited to aid in the pursuit of some new Irvine Rowing banners!